The Past: The Long History of Hair Replacement

Where it’s come from, to where it is leading

Hair replacement options, both surgical and non surgical, are not new technologies and procedures such as grafting as well as scalp flaps or the stripping procedure dates back to the early 19th century.  The more modern replacement procedures that help arrest and correct lost and thinning hair originated in Japan in the 1930s, which was during the Great Depression in the United States.  At that time surgeons used smaller follicular unit grafts as a hair replacement technique for restoring eyebrows and eyelashes.  Additionally, they were not using these procedures to treat male pattern baldness at this time. Unfortunately, the worldwide shock and dismay resulting from World War II interrupted further research in the development of hair replacement techniques and the original efforts never achieved much acclaim.  It would be another two decades before research was resumed and it wasn’t until the late 1950’s when the hair transplantation was born thanks to Norman Orentreich, an American dermatologist from New York City.  At the time, he began experimenting with transplanting donor follicle grafts to balding areas of his patient’s scalps who had given in to male pattern baldness. Before Orentreich’s experimental hair replacement surgeries, the popular agreement among scientists and doctors was that there could be no benefit resulting from transplanting existing hair follicles to balding scalp areas.  However, Orentreich clearly demonstrated that these donor grafts had to be “donor dominant” in order for the procedure to be successful.  He proved that donor dominant hair follicles not only grew but they lasted as long as they would have in the donor area.  His surgical practice still exists today and successful transplants are continually being performed. Over the next couple of decades, there would be significant advancements in hair replacement technology such as the transplantation of smaller follicular grafts using two to four millimeter sized grafts.  Unfortunately, this led to results which made the person’s hairline and scalp resembling that of a doll’s – which if you haven’t seen a doll’s head, it looks really fake.  The concept of using smaller hair grafts to avoid this didn’t arise until the 1980’s when Dr. Carlos Uebel in Brazil introduced using larger quantities of smaller sized grafts to prevent that doll’s head appearance from happening. With the birth of Follicular Unit Transplantation in the middle of the 1990’s, hair replacement surgery became much more refined.  Today, the procedure is more commonly referred to as Follicular Unit Extraction (FUE) and is now widely used throughout the United States.  It is often times said that FUE is the best of all hair transplantation procedures.  The reason for this is the fact that a square centimeter of scalp tissue can be implanted with over 50 of these follicular grafts.

As of 2013, the non surgical area of the hair replacement industry is shrinking. This is mainly due to the rising cost of hair replacement systems, unreliability of hair quality and the rapid growth of online availability, making so called specialty products, globally available for lower costs. With this rapid expansion of online visibility for many hair replacement studio owners and suppliers, the hair replacement forecast shows, it is becoming more and more important that they, the studio owners, are using as many relevant digital channels to put themselves in front of perspective clients when they are searching online for available options. As every studio owner knows, the downturn in the economy has driven many hair wearers into looking at purchasing hair units online and performing the services themselves at home. While this DIY process is strongly advised against by many hair replacement professionals, it does not change the fact that hair wearers are starting to turn down this path. This turn in decision making is forcing the creative thoughts of studio owners to come up with ways to ensure their clients are happy and being supplied with services they cannot get online. The internet market is a growing market for the reason it is saving some clients, literally thousands per year. This isn’t always a good thing though. While the quality of hair is getting worse, people are finding it hard to know where to turn or who to trust to supply them with the quality hair they expect for the price they pay. Second to hair, but no less important, are the products that are used to remove and reattach the hair units. With changing times and changing trends, studio owners are always looking for ways to cut costs to bring down overheads. Purchasing products from companies that supply adhesives, cleansers, scalp treatments, shampoos and conditioners should not be taken any less serious than a company that their hair units are purchased from. In fact, it is becoming more and more evident that customers and studio owners are paying more attention to the ingredients of the products they are using on their skin. This has been a major turn away from the only previous available options of solvent based adhesives and citrus or alcohol based removers. The great thing about the evolution of online information is that it is now widely known that any ingredients can easily be researched at the click of a button. In fact, as you have probably experienced, changing trends will show you that you are probably not the only one asking these questions, as many hair loss and hair replacement forums will indicate. I have recently completed an analysis of hair replacement studios and resellers worldwide and changing trends show that 73.2% of the hair replacement studios that participated are more aware now of the safety features of new products available then they were only 5 years ago. This in turn has created a huge opportunity for all hair wearers to obtain the safest products available and also the hair replacement studio owners to confidently sell to their customers.

In Conclusion: The Future

From 2014 and on, my hair replacement forecast predicts that the hair replacement industry will see more rapid changes. From the surgical side, robots will start to replace surgeons. This has already started with the ARTAS System. This system is said to increase a person’s self-esteem while decreasing the lost time of work or daily life they experience. The robotic system received a gold medal when it was placed as a contestant in the Edison Awards, an international awards ceremony honouring innovators in science and medicine. As to knowing how long this system will last, only time will tell, but the innovations and technology evolving from these new technologies show that there will always be widely available options for the non surgical hair replacement side to compete with. An example of this new technology in action comes from Azam Khan, who used the system after deal with balding after 14 years. Khan stated after recovery “I am not looking 44, I am eight years back…I am feeling very confident and very good.” And here is more evidence the robotic system is effective:

And here is the difference is in the images above: The one on the right is the outdated procedure commonly known as the strip method. As you can see, there is a large scar around this individuals head. With the new robotic technique, as seen on the left, this doesn’t happen. But this data is still in 2013, what about the hair replacement forecast 20 or 30 years from now? There are also major changes coming in non surgical hair replacement over the next few years which we ourselves are working towards. There are a handful of patent pending technologies which are making their way to the testing phases and we are working very closely with these processes in creating cutting edge adhesive technologies to compliment these products.

The Importance of Digital Media/Marketing

My advice for the future of non surgical hair replacement studio owners would be to utilize the tools and options made available to you online. SEO, both on a local level and international, depending on your target market, plays an extremely important role in competing with these newly available surgical methods. Quality website content combined with a strategic choice of keywords and frequent updates can ensure that you stay competitive in this rapidly changing industry. It is very important to note that Google are the search engine market leaders with a share in the USA alone of 66.5%, just down from 67.1% in March of this year. Although Bing are making a slight dent in the search market again, it will be more beneficial to base your SEO strategies around Google’s criteria for the foreseeable future.

Social Media is also full of options from a digital approach which I would recommend to every studio owner. Whether B2B or B2C is your target market, Facebook, Linkedin, Twitter & Pinterest are just a few of the main social media channels that are available to you. 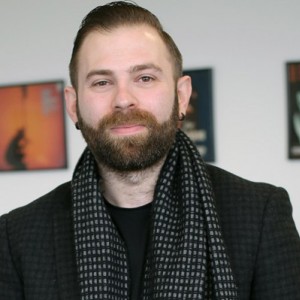 5 Ingredients You Need To Know About | What’s In Your Haircare Products? 5 Tips to Avoid Losing Your Eyebrows How hair loss happens | What are my available options? Hair Loss | How Eating The Right Foods Can Help Curb It How To Advertise Your Salon Effectively Online